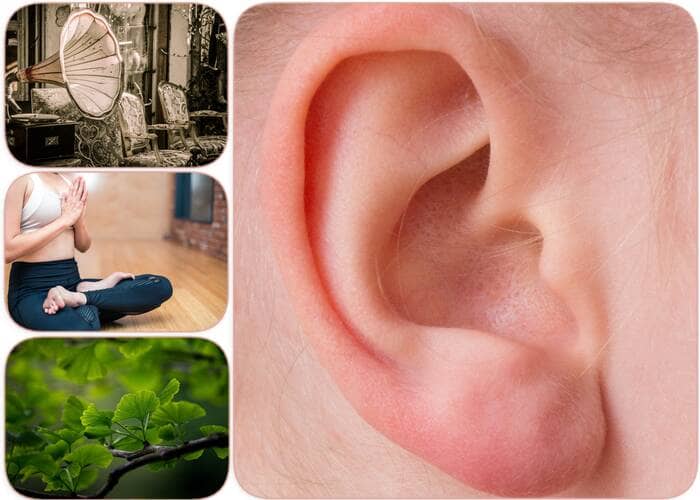 How to get rid of tinnitus naturally? What are the possible causes of tinnitus? Finally, what other treatments are there for tinnitus?

I. What is Tinnitus?

A person may hear noises in one (or both) of his ears or his head without them having been emitted by an external source: this is tinnitus.

Most of the time, these symptoms are associated with acoustic trauma or aging of the ear.

Although they may not always be aware of it, it is estimated that about 80% of people who suffer from tinnitus are also deaf.

However, it is not a disease even though tinnitus is often closely related to hearing loss.

A consultation with a hearing care professional is the first step towards greater well-being.

A lesion of certain sensory cells in the inner ear is recognized as the most recurrent cause of tinnitus.

Indeed, the cells emit parasitic signals that the brain cannot distinguish from those produced by external sounds.

In general, such lesions are the result of aging processes and a noisy environment.

III. How to Get Rid of Tinnitus Naturally?

You can relieve tinnitus by listening to soft music.

Isolating yourself in silence when you have tinnitus can reinforce its perception and maintain it.

On the other hand, listening to soft music helps to distract the brain so that it no longer focuses on tinnitus.

Hypnosis can also help to get rid of tinnitus. Indeed, allowing sufferers to dissociate themselves from the conscious perception of their tinnitus is the goal of hypnosis therapy.

It is possible to obtain a complete suppression of the perception itself in certain cases.

Hypnosis could reasonably help tinnitus sufferers to get rid of a disturbing perception.

The presence of tinnitus may seem like a contraindication to meditation.

However, a person with tinnitus can meditate while listening to nature sounds or music and at this point, the tinnitus can take a back seat.

It should be noted that meditation can be as long as 30 minutes or more or as short as 3 minutes.

Essential oils not only have soothing properties, but also circulatory and muscle-relaxing properties that can help alleviate the causes and effects of tinnitus.

To do this, take an empty bottle in which you will mix 30 drops of Patchouli E.O., 30 drops of Petit Grain Bigarade E.O., 20 drops of Basil E.O., and 30 drops of Italian Helichrysum E.O. You must now cap, homogenize and label your bottle.

Taking care not to touch the ear canal, apply 2 to 3 drops of the mixture around the ear. Repeat the application 3 times a day for 10 days.

Drinking water often could help you get rid of tinnitus, as it can be caused by poor blood circulation in the brain area.

Therefore, it is very important to drink plenty of water and avoid drinks like alcohol or coffee.

Ginkgo biloba tea can be recommended as part of a tinnitus treatment.

This is basically the case when the auditory symptom is caused by a circulatory dysfunction at the cerebral level.

7. Garlic and Other Plants

Raw garlic and rosemary are natural recipes recognized for their action on blood circulation. These plants have already demonstrated their effectiveness.

It should be noted that some tinnitus can be caused by high blood pressure, which is why it is important to lower it by using these two plants.

Homeopathy is a therapeutic method that can help you get rid of tinnitus.

For old tinnitus that causes anxiety, 5 granules of Arsenicum album twice a day are recommended.

Eating a healthy diet will also help you get rid of tinnitus.

Foods rich in magnesium, present in the form of supplements or foods such as chocolate or almonds, have virtues that will reduce the feeling of anxiety that can be the origin or the result of the presence of tinnitus.

Traditional Chinese medicine will be of great benefit to you if you suffer from tinnitus.

In concrete terms, acupuncture and acupressure help to obtain good results in calming tinnitus, which has two main energetic origins: the kidney and the liver.

Tinnitus can be caused by fatigue and anxiety. This is why the frequent practice of sophrology can be recommended to those who hear unpleasant noises in their ears.

IV. Other Treatments to Relieve Tinnitus

The manipulations are done by the osteopath help to reduce tinnitus. In the best of cases, they will make the tinnitus disappear.

This health professional will not only allow an excellent vasodilatation and vasoconstriction of the bloodstream, but will also restore a good quality of tissue life.

Discontinuing certain medications may help you get rid of tinnitus.

For example, tricyclic antidepressants, among the psychotropic drugs, can cause tinnitus. IMAO and fluoxetine (Prozac) can cause deafness.

In several cases, the persistence of tinnitus after stopping prolonged treatment with diazepam (anxiolytic) has been described (withdrawal).

3. Consultation of a Dentist

A dental infection can cause an ear dysfunction that manifests itself in the form of tinnitus.

When this happens, you should consult a dentist as a matter of course. In general, the treatment of the dental infection allows the tinnitus to disappear.

It can be very beneficial for tinnitus sufferers, as can treatment of associated psychological disorders.

Indeed, some people have hearing problems that accentuate their tinnitus problems. Therefore, solving this hearing problem drastically reduces the causes and effects of this ailment.

Why Is There No Cure for Tinnitus?