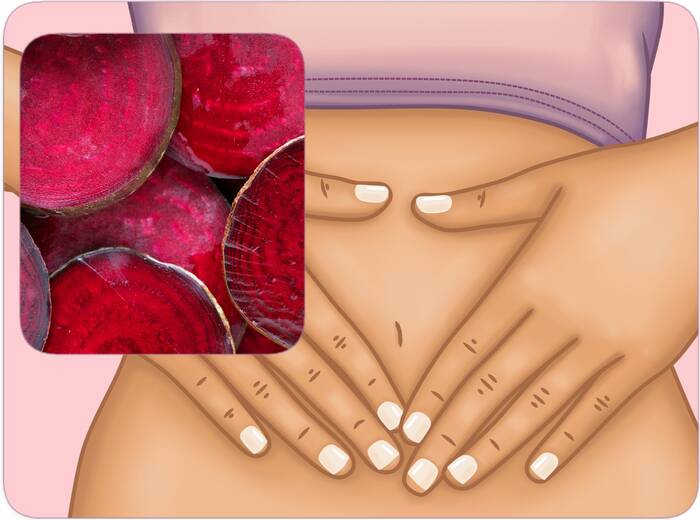 I- What is Beet Allergy?

The beet is a vegetable very well known for its various virtues. Indeed, it has positive effects on many parts of the body.

Whether it is for hair, weight loss or to fill up with vitamins. The beet is a food that can be consumed for many reasons.

In addition, the fact that it can be eaten raw or cooked makes it an easy food to cook. Finally, there is an impressive number of recipes based on beet.

However, many people think that the skin of the beet is unhealthy. This is because it is in constant contact with the earth during its growth.

But it is important to know that the skin of the beet when it is correctly washed does not present any risk.

In many recipes, it is recommended to keep the beet skin. Because the skin contains many nutrients that are good for the body.

It is recommended, as for most vegetables, to wash them well or to cook them well. This is why it is most often sold already cooked.

However, it is good to know that raw beet has more nutrients than cooked beet. This is simply because cooking destroys some of these nutrients.

The ability of the digestive system to absorb food differs from one human to another and depends largely on the needs of each individual for different nutrients.

A top athlete needs much more nutritious food than a simple child.

So it is up to each person to see how many beets they need daily.

Nevertheless, nutritionists recommend a maximum of two glasses of beet juice per day, 3 to 4 times a week. This is equivalent to two good juicy pieces of beet.

A 50 g serving of beetroots provides:

4) How Common is Beet Allergy

Allergy to beet is very rare.

Only a few cases are reported worldwide.

It is one of the vegetables that have fewer allergies, except in the case of excessive consumption. This is another problem.

Even rarer is the allergy of babies to beets.

In general, it is not a question of intolerance to beet, but of the weakness of the babies to ingest this vegetable which remains quite hard for their stomach, despite good cooking.

And sometimes it is the ingestion of a large quantity that causes the different digestive problems linked to beet.

Beet is so rich in fiber and various essential nutrients that it is often used to get rid of constipation.

Beet, due to its fiber, can induce a rather sensitive movement of the intestines.

So don’t worry if you notice a movement in your belly after eating beet.

This is quite normal.

In addition, it is usually noticed when you have consumed a large quantity of these vegetables.

7) How Long Does It Take for Beet to Get Out of Your System?

Each digestive system works at its own pace and this depends largely on age, gender, and the health of the system.

For a normally functioning digestive system, it takes less than 24 hours for a piece of beet to pass from the mouth to the colonic outlet in the stool.

In case of poisoning by this vegetable, it is necessary to drink a lot of water and vegetable oils such as organic olive oil, to accelerate the digestion time and to clean the intestines from possible residues on the walls.

Functional Colopathy or Functional Bowel Disorder or Irritable Bowel Syndrome is a chronic disorder that results in stomach pain, diarrhea or constipation, and a bloated feeling.

It can be aggravated by eating certain sweet fruits.

An Australian study suggests that fruits rich in FODMAPs (fermentable oligosaccharides, disaccharides, monosaccharides, and polyols) may induce an increase in IBS symptoms.

They did not include beets in their studies.

And other studies suggest that raw vegetables can be harmful to people with this bowel disease.

That’s why it is advised in their case to cook beets well and to eat them in reasonable quantities.

II- What is Beeturia?

Beeturia, as mentioned above, is a harmless disease that is characterized by red and sometimes pink stools or urine.

This discoloration is due to betanin, a compound found in beets.

This betanin is sometimes poorly assimilated by the body, which allows it to reach the kidneys and the colon in large quantities.

Thus it will be evacuated by the kidneys or the colon, which will give the red color to the urine.

According to scientists, this non-assimilation of betanin is due to the lack of iron in the body.

It can also affect people who have less stomach acid, which causes poor digestion of food, such as beets. This also leads to betanin getting into the urine and colon.

In any case, if you notice this problem of beeturia, you should know that you have an underlying problem that should be resolved as soon as possible.

You should then consult to see if you have an iron deficiency in the body or rather solve the problem of low stomach acid.

The main symptom of beeturia is the excessive discoloration of urine or stool following the consumption of beet.

This discoloration of the stool and urine differs from person to person and according to the degree of the disease.

Beeturia, i.e. the emission of pink or red urine after the ingestion of beets, would affect 10 to 14% of the population and would be more frequent in cases of iron deficiency and malabsorption.

This phenomenon would be related to gastric acidity, emptying speed, and digestive oxalate level.

Beet is one of the foods with a high oxalate content.

If this discoloration of the urine is recurrent, you should consult your doctor so that he can diagnose you if you are not subject to an adjacent disease.

Diagnosis can be done with different methods such as taking blood to check the level of red blood cells in the blood (anemia problem), analysis of urine and stool, and checking the level of stomach acid in your digestive system.

It should be remembered that beeturia is of no consequence in itself.

But the underlying diseases that cause it should be treated as soon as possible before they produce more serious diseases.

The most common is anemia or lack of iron in the blood. Its treatment is a diet rich in iron and several essential nutrients, including B12.

And for the problem of low stomach acid, there are several medical treatments. But the safest way is to do a Diet and follow a proper lifestyle. Here are some guidelines:

Although it is rare, some people experience adverse reactions to beet.

1) Causes of the Beet Allergy (Poisoning)

Beet is a vegetable rich in sulfur molecules (sulfites). These molecules can cause intolerance in some people.

This intolerance is what most people know as beet allergy. It can be more or less serious depending on the body of each person.

A beet intolerance is an overreaction of the immune system to this vegetable.

It may simply be a food intolerance that results in the digestive system having difficulty processing this food for reasons that science does not fully explain at this time.

Intolerance to beet is a very rare occurrence, which can happen at any time in our lives.

Because the human organism is subject to different mutations that it can suddenly become sensitive to an allergen found in beet, for unexplainable reasons.

2) The Symptoms of Beet Allergy and Poisoning

This allergy manifests itself by symptoms that vary according to the individual. However, in most cases, they consist of:

One of the common symptoms of beet allergy is stomach ache.

If you are allergic to beetroot, a small amount of beetroot can cause a severe stomach ache.

Beet poisoning of the digestive system usually results in low stomach acid. This often results in stomach pain and diarrhea

Which is the appearance of red patches on the skin accompanied by intense itching.

The intensity of these symptoms varies from one person to another. For example, they will be more intense in a child than in an adult.

If you have an intolerance for this vegetable, you can have rhinitis symptoms.

In case you contract these symptoms it is recommended to simply stop consuming beet.

It may also be recommended in rarer cases to avoid foods that contain sulfites.

And if the symptoms persist for more than 24 hours after stopping consumption, you should consult your doctor.

Beet is a vegetable well known for its multiple benefits. However, it is most often eaten cooked because raw it can cause food poisoning. But for some years it has become very trendy to eat it raw.

Even though consuming it raw allows among other things to take full advantage of all its benefits. The consumption of raw beet also has many disadvantages. Among these disadvantages, we can mention the irritation of the throat.

Although many people have indeed complained that raw beet causes throat irritation. There is no scientific explanation for this effect.

This leads researchers to believe that this effect is related to an allergic reaction from the consumer and not from the vegetable. Indeed, beet can cause violent reactions in some people.

Although it is rare, if you feel this effect, the best thing to do is to try to eat your beet cooked. If it persists you should simply stop consuming beet.

Beet juice is known for all its benefits whether it is for the skin or physical performance. However, in 2016 following a collective food poisoning in the region of Pays-de-la-Loire. The authorities concluded that raw beet presented risks of food poisoning.

This poisoning manifests itself in most cases by digestive disorders. These usually appear shortly after consumption.

They are more or less sensitive depending on the individual but do not generally require hospitalization.

It is for this reason that to avoid any risk it is recommended to consume it cooked.

VI- Benefits of Beetroot for Asthma?

It is known that beet, due to its concentration in nitrates, is very good for sportsmen. Because nitrate is oxidized in the body into nitric oxide which improves the oxygenation of the body. This improved oxygenation allows the muscles to work longer.

Many studies have been conducted to study the effects of beet juice on physical performance.

One of these studies was conducted on people suffering from chronic obstructive pulmonary disease. It should be noted that this disease makes breathing more and more difficult for those who are affected.

As a result, these people remain breathless during the effort and reduce their activity.

In this study, they were given beet juice and placebo drinks. To determine if drinking beet juice before the effort improves the capacities.

At the end of this experiment, it was shown that the placebo drugs were less effective than the beet juice. Indeed, the group of those who had consumed beet juice were able to increase their exercise time.

This study allowed us to prove that beet juice has positive effects on people suffering from respiratory diseases.

Asthma is a respiratory disease, beet juice allows to improve the condition of those suffering from asthma.

VII- Other Health Benefits of Beetroot

VIII- Other Potential Side effects of Beetroot