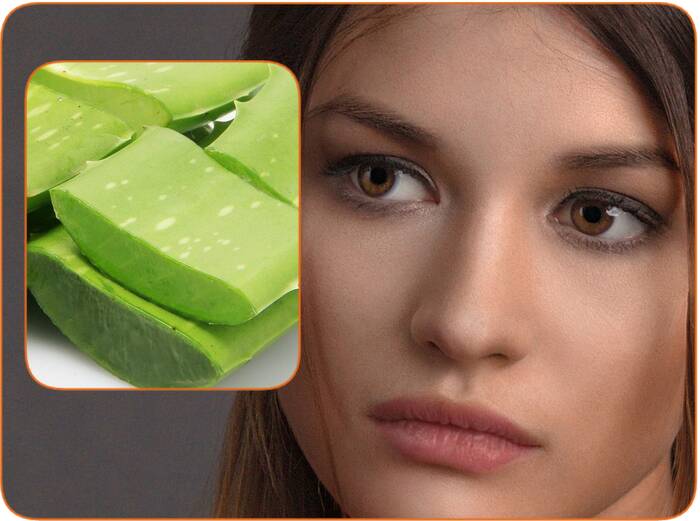 I- Is aloe vera toxic?

Until now, aloe vera has been defined as a miracle plant, because of its content of a gel that is full of nutrients.

We will not go so far as to prove the contrary, the pulp of the aloe vera presents and will always present therapeutic benefits.

However, in addition to the gel with a multitude of virtues, there is a relatively dangerous and toxic substance called aloin, which is indeed contained in the sap, in other words in the latex of the leaf.

If the user applies an aloe vera gel or juice contaminated with the latex of the plant, either internally or externally, this may cause some concern, which usually has no consequences.

It turns out that the aloin that is part of the composition of aloe vera sometimes causes allergic and irritative reactions on fragile or even sometimes healthy skin.

What does an allergic to aloe vera look like?

An allergy to the aloe vera plant and its components could manifest itself in several ways, here are some of them

– Itching in the part of the body where it is applied

– Redness is more or less obvious

– stiffening of the skin etc.

II- Side effects of aloe vera

The first people who are likely to have side effects when consuming aloe vera are pregnant women.

Aloin, which is contained in the sap of this plant and which in another role fights against constipation, can be, in very rare cases, a trigger for abortion.

Some health organizations state that even pure aloe gel can cause complications in pregnant women.

For ordinary people, the consumption of latex in high doses, whether voluntary or involuntary, causes disturbances in human metabolism.

In the short term and because aloin is a laxative substance, you will have repeated diarrhea if you take it.

The other discomfort which is more frequent after ingestion of aloe sap is stomach cramps.

One feels more or less strong pains and a blockage at the level of the abdomen. So far, the dangers and harms are limited, but with more regular consumption, one can end up with more important pathologies.

Other concerns that aloe vera latex can cause when consumed:

It is not far-fetched to hear consumers of cosmetic products complaining about harmful reactions following a possible application of these products, it must be said, it happens regularly.

Aloe vera and the products marketed from it are not spared from this kind of reproach.

Aloe vera can cause an allergic reaction, which in turn causes an immune reaction. Or an irritative reaction, caused by the aggression made to the skin, meaning that the product does not conform or adapt to your epidermis.

The two forms of reactions are difficult to distinguish, they have in common signs: redness, swelling, itching, and burning.

But an allergy is characterized by the appearance of pimples and a tingling sensation, while irritation is felt by a heating of the skin.

Some people believe that these concerns are caused only by synthetic products full of chemicals.

Even though it is now known that even organic substances, such as aloe vera, are capable of causing allergies.

2. How to remedy an allergy due to aloe vera

The first instinctive attitude to adopt in this situation is to stop using aloe vera. Then you will need to do a small test to find out if it is the gel or the latex that is responsible.

If it is the latex that is causing the problem, it will be easier to remove it from your aloe vera preparation.

If, on the other hand, it is the gel itself, you will have to give up using aloe vera for good.

In order to get rid of the lesions and burns that have formed on your skin and to replace the aloe vera that is toxic to you, you will have to find another product that is suitable for your skin.

why is my face itchy after applying aloe vera

As we have just mentioned, some people have allergic skin to the components of aloe vera, for reasons that are often unexplainable.

This allergy generally manifests itself in rough skin and more or less obvious itching.

The only solution for these people is to first check the origin of the plant or the derived product, and then to abandon its use and turn to other natural plants.

This problem also has the same origin as itching due to the application of aloe vera gel on the skin of the face.

It is an allergic reaction, because some skins, for reasons unknown at the moment, do not support the elements contained in this plant.

This allergic reaction could be momentary or permanent.

3. However, aloe vera has virtues on the skin!

Although aloe vera gel is sometimes toxic for some people, it does have benefits for the skin of the majority of people who use it:

It was mentioned in the previous paragraphs that taking aloe vera juice or gel internally for pregnant women can sometimes have very serious consequences.

There is another category of people for whom the consumption of this plant, especially of its sap, can be fatal, namely people who have chronic diseases and those who are undergoing treatments.

The most susceptible are those who take medication to treat kidney failure, diabetes, and heart and blood disorders.

For other treated conditions, it makes sense to consult your doctor about the effects that aloe vera may have when taken with other medications.

Remember that for people undergoing medical treatment, health organizations generally advise against the use of aloe vera and especially its latex, which contains a very toxic substance for some of them.

Aloe vera juice was used in ancient times by the Egyptians, Greeks, and Romans as a moisturizer, cell regenerator, and healer, both internally and externally.

The Chinese even called aloe vera the elixir of youth, with its anti-aging properties.

Aloe vera’s power to seal injured skin, protect it from infection and promote moisture retention while the skin repairs itself is well documented.

The topical application of aloe vera is beneficial for skin conditions such as eczema and acne.

That’s why it’s so popular in “natural” cosmetics, from toothpaste to commercial after-sun lotions to simple aloe vera gel.

We also use it extensively in Odylique products, especially in our Aloe Vera Shampoo.

And in conclusion, we can easily affirm that allergic reactions due to aloe vera are very rare and the benefits of the plant are immensely superior.

But nothing prevents you from doing small tests on a small part of the skin before any external use. And to drink a small amount of aloe juice before any internal use to be sure that you are not allergic.

How to stop receding gum from getting worse with aloe vera?

Why my Aloe Vera plant leaves are Bending and drooping?